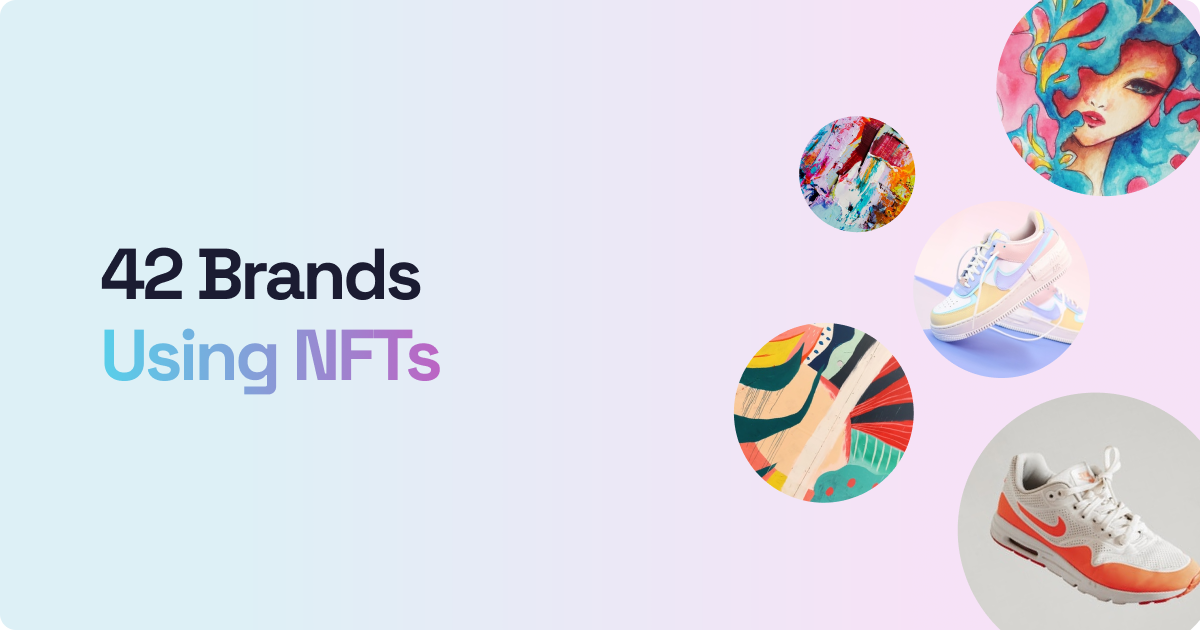 The present market for NFTs is dominated by collectibles such as digital artwork, sports cards, and rare items. It seems big brands are jumping on the bandwagon too. Here’s a quick look at 42 of them.

NFT minting seems to have become widely accepted as a viable road to wealth, or at least to brand marketing.

The present market for NFTs is dominated by collectibles such as digital artwork, sports cards, and rare items. It seems big brands are jumping on the bandwagon too. Here’s a quick look at 42 of them.

Coca-Cola worked with NFT firm Tafi to mint NFTs, which are now available on the Polygon blockchain, an Ethereum sidechain. To commemorate International Friendship Day, the soft drink company issued the first NFT almost a year ago, with earnings benefiting the Special Olympics.

Visa has introduced an NFT creator initiative to bring small businesses into the digital economy. The Visa Creator Program, a one-year immersion program, will provide a global cohort of creators, including artists, singers, fashion designers, and filmmakers, with the ability to establish their enterprises with NFTs.

Lamborghini continues its foray into the world of non-fungible tokens (NFTs). The eight-month program, dubbed "The Epic Road Trip," was created in partnership with NFT PRO and INVNT.ATOM.

CryptoKicks Dunk Genesis is Nike's first series of NFT shoes made in collaboration with RTFKT Studios, and once purchased, customers can modify them using "skin vials." Different designers can construct these vials, which add special effects and patterns to the foundation footwear.

Adidas Originals, its lifestyle label, came up with ‘Into the Metaverse’. The NFTs went on sale for 0.2 Ethereum, and NFT owners will be able to purchase digital and real wearables in 2022.

Customers who purchase actual clothes from the upscale brand will receive complimentary NFTs. NFTs from Prada are issued on the Ethereum blockchain, which provides "a safe and user-friendly experience."

Time Magazine has airdropped nearly 20,000 NFTs since the collections' debut in September 2021. Apparently, around 12,000 wallets currently include a TIMEPieces NFT and are linked to the website.

Air Europa, TravelX, and Algorand have collaborated to launch the world's first NFT (non-fungible token) travel ticket series to Miami. The ticket was introduced by Air Europa and TravelX, a startup that develops blockchain-based distribution methods. A corresponding flight ticket will be given when the owner is ready to use an NFT.

Here’s an example of a brand that tried and failed to jump on the NFT bandwagon. AP scrapped NFT sales after hearing complaints it will profit from victims' pain. Following a large backlash, the Associated Press abandoned plans to give a video showing a crowded boat with refugees as an NFT. The scenario has thrown the ethics of selling photojournalism into question.

Riot Racers will be able to add fully licensed Citroen NFT cars to the game's car collection and metaverse thanks to this new NFT endeavor.

Clinique, Estée Lauder's beauty brand, is launching a metaverse non-fungible token (NFT) campaign to honor diversity and individuality. The "Metaverse More Like Us" project is a collaboration with software developer Daz 3D.

The Chicago Bulls Legacy Collection was released over six days in July 2021, with each ring selling out in minutes. The only way to own a Legacy Collection NFT right now might be to buy it on a secondary market. The Bulls Legacy Collection, which celebrates the team's historic six World Championship rings, includes six unique token designs in three various categories of rarity and is currently available for purchase on the secondary market. Collectors will also be able to use their collection to obtain one-of-a-kind experiences and rewards such as Bull for a Day or a VIP game experience.

A Forbes Virtual NFT Billionaire is a fictitious, virtual investor with a massive imaginary portfolio, a virtual net worth based on real-time New York Stock Exchange pricing, fantastic hobbies, and a quirky Forbes accessory.

Disney has theoretically been involved in VeVe NFTs for about a year. That's because, in April 2021, VeVe released an NFT based on the Marvel Comics franchise "The Rise of Ultraman."

In an hour, Budweiser sold 1,900 non-fungible tokens (NFTs) for $500. The majority are for sale on NFT platforms by flippers. NFTs can be acquired with Bitcoin, Ether, or US dollars. Budweiser, an American beer company, has a series of 1,936 NFTs.

Getty Images appears to be seeking to make its NFT collection more accessible, with collectors being able to make payments using credit cards. Given the recent NFT meltdown and the need to expand the NFT collection beyond cryptocurrency enthusiasts, Getty Images' collection could be a risky decision.

CNN has entered the non-fungible token (NFT) market. The media conglomerate will launch "Vault by CNN". CNN+'s Live Streaming Service will be offered as NFTs. The first 29 seconds of '5 Things with Kate Bolduan' will be available for purchase for $50.

The popular fashion business Louis Vuitton released The Game in August 2021. You will accompany a virtual character named Vivienne around a virtual environment where you will look for and acquire special NFT postcards.

Macy's (NYSE: M) will offer a new set of free NFTs (Non-Fungible Tokens) to commemorate the brand's historic pyrotechnic event. Macy's will establish its Discord channel in anticipation of the release of the new NFT, adding to the company's roster of social platforms where the brand connects with fans and customers.

In conjunction with the NFT marketplace Sweet, the fast-food behemoth launched the “Keep It Real Meals” NFT project in September 2021. This NFT has a slightly different concept than others. Eager collectors were able to scan QR codes attached to six million lunch boxes.

With Star Trek non-fungible tokens, Paramount is launching their NFT marketplace/metaverse/obnoxious marketing gimmick, which fans are already upset over. The firm collaborated with Recur to develop Paramount.xyz, a platform that will "bring Paramount's beloved entertainment companies, brands, and characters to the metaverse."

Mattel has announced a collaboration with non-fungible token (NFT) platform Cryptoys to transform its iconic intellectual properties, like Barbie and Hot Wheels, into avatar-like digital goods for usage in games.

MANGO has also created a wearable POAP (Proof of Attendance Protocol) NFT that certifies event attendance. This will take the shape of a badge, which will be issued to participants for their avatars to appear in the Metaverse.

Nivea has used NFTs (non-fungible tokens) to raise awareness of "The Value of Touch" with Italian visual artist Clarissa Baldassarri, who suffered from a temporary sight impairment early in her career.

The social media giant Meta (FB) has begun testing Polygon and Ethereum-based non-fungible tokens (NFTs) among a restricted number of Facebook creators. The NFT market is undergoing a dip, which coincides with a slowdown in the overall crypto market.

Gucci's most recent metaverse collaboration is with 10KTF, an NFT project that includes a virtual floating "New Tokyo" world, fashion accessories for profile picture NFT owners to purchase, and a fictional character called Wagmi-San, a play on the Web 3.0 phrase "wagmi," short for "we are all going to make it."

McLaren Special Operations (MSO) LAB has been launched to create a unique new digital community of Non-Fungible Tokens (NFTs). McLaren stated that MSO LAB members will have access to NFTs, opportunities, and utilities.

Pepsi Mic Drop, a collection of free photos of Pepsi tastes reinterpreted as microphones, was released in December by the beverage giant. Music is important to the brand's culture and identity, so using it as a tool to reach NFTs seemed like a logical next step.

Bentley has announced the launching of a limited-edition genesis NFT designed by Bentley. Bentley's initial foray into the NFT market will be a one-time NFT drop on the carbon-neutral Polygon network in September 2022, restricted to only 208 pieces.

The Pinkfong Company, the global entertainment company behind the pop culture phenomenon "Baby Shark," has announced that Baby Shark: Collection No. 2, the first-ever generative art collection of 10,000 unique NFTs featuring Baby Shark and his family, will be released on MakersPlace, the premier marketplace for digital collectibles.

Reebok has released a new non-fungible token (NFT) series based on its footwear; 200 of these NFTs are available for purchase on the Wax Atomic Hub platform. On April 26, Reebok revealed through Twitter that it has produced 200 limited edition NFTs based on its sneakers. Its “X NST2” Limited Edition NFTs are available on the Wax Atomic Hub as collector items.

The game will allow baseball fans to use the cryptocurrency Ether to buy and sell NFTs representing baseball players, allowing them to create fantasy teams with which they may compete for prizes.

The NFT comes with an actual Esports gaming setup, which was used by Red Bull pals during the Monaco racing weekend. The Playseat, as well as a Fanatec Podium F1 wheel, wheelbase, and CSL Elite pedals, will be shipped to the first successful bidder by Oracle Red Bull Racing.

The NFTs are available for 0.0001 ETH. The pricing is meant to approximate the cost of one real bite of pizza. Based on the current price of Ethereum (CRYPTO: ETH), each non-fungible pizza byte would be worth roughly 17 cents.

A year after being the first professional sports team to launch an NFT collection, the Golden State Warriors are launching another: the first responsive NFT collection, which will be driven by the team's success in the NBA playoffs. The NFT will unlock new utilities and benefits each time the Warriors win a playoff series in 2022.

McDonald's gave fans and customers a limited amount of Non-Fungible Tokens (NFTs) to commemorate the 40th anniversary of the McRib.

Hasbro announced a collaboration with The Worldwide Asset eXchange (WAX) to launch its first NFT collection on the WAX blockchain. The collection, which is only available through Hasbro Pulse for a limited time, covers the legendary Power Rangers franchise.

If you've always wanted to buy a Mercedes-Benz G-Class, you can now do so digitally. Mercedes-Benz has collaborated with Art2People to commission five international artists from the NFT space to interpret the G-Class using various digital mediums to produce one-of-a-kind pieces to commemorate the trademark vehicle.

The French fashion business has released an NFT collection to progress toward Web3 acceptance and increase online interaction. Lacoste, a well-known French company, has announced the creation of a non-fungible token (NFT) project called "UNDW3" (pronounced "underwater"). The company, which also opened a Discord server, expects that the attempt to modernize will appeal to a broader client base.

While still in its early days, the NFT craze might be just the right choice your brand makes right now. Relite aims to empower businesses via NFTs, a $300B market, by opening the funnel for NFT mainstream adoption. We help retail brands like yours implement a custom-tailored NFT strategy that will keep you on the edge of competition.

Want to sell NFTs on your website? The Relite creative team is here to assist! If you are not sure where to start but you want to innovate, contact us today to discuss the best NFT strategy, specially tailored for you.

Welcome to the Relite community 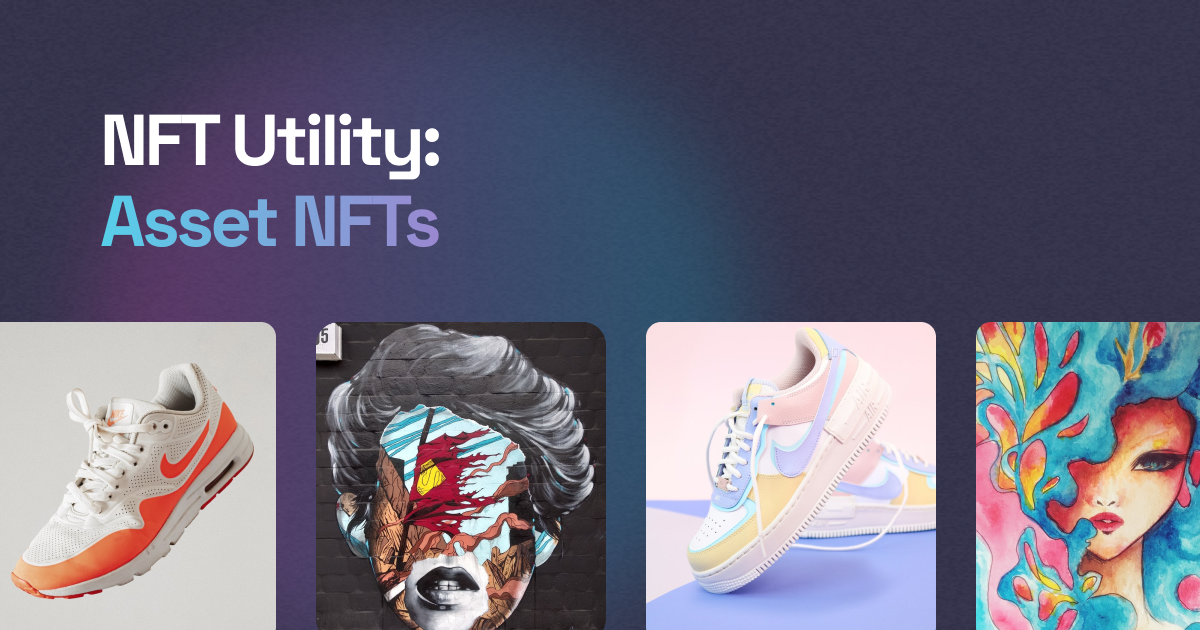 They are NFTs that give their owners privileges, rights, or rewards that they would not otherwise be able to obtain. 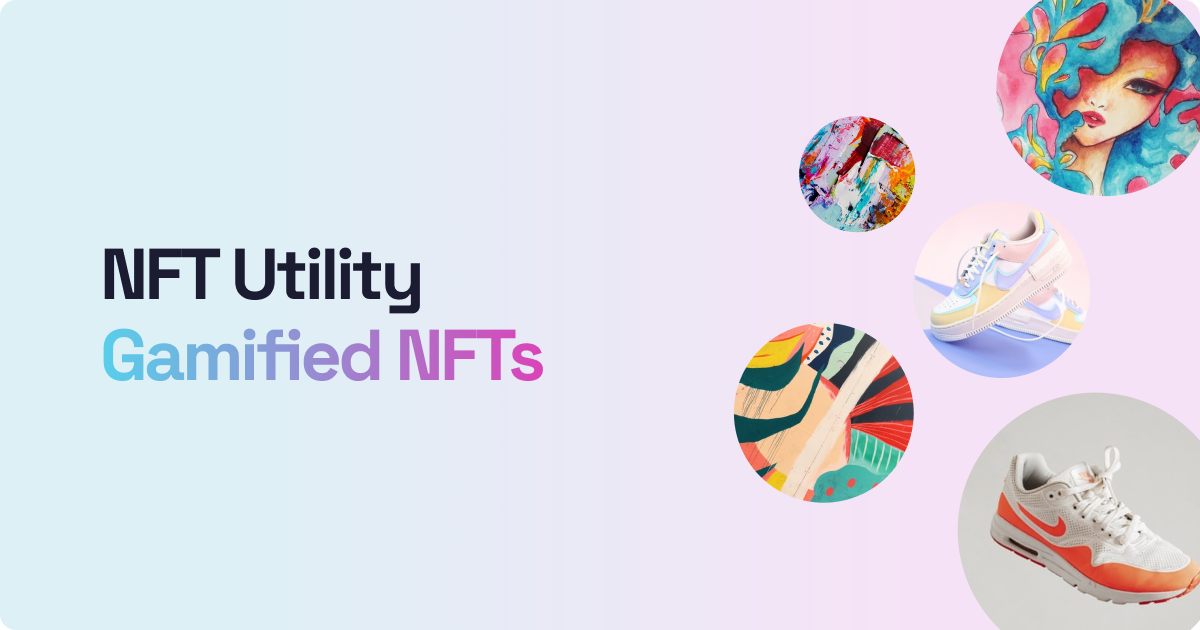 The play-to-earn concept used by NFT games enables gamers to make money as they play. Additionally, gamers can earn money by buying and selling in-game NFTs or completing tasks for cryptocurrency rewards. 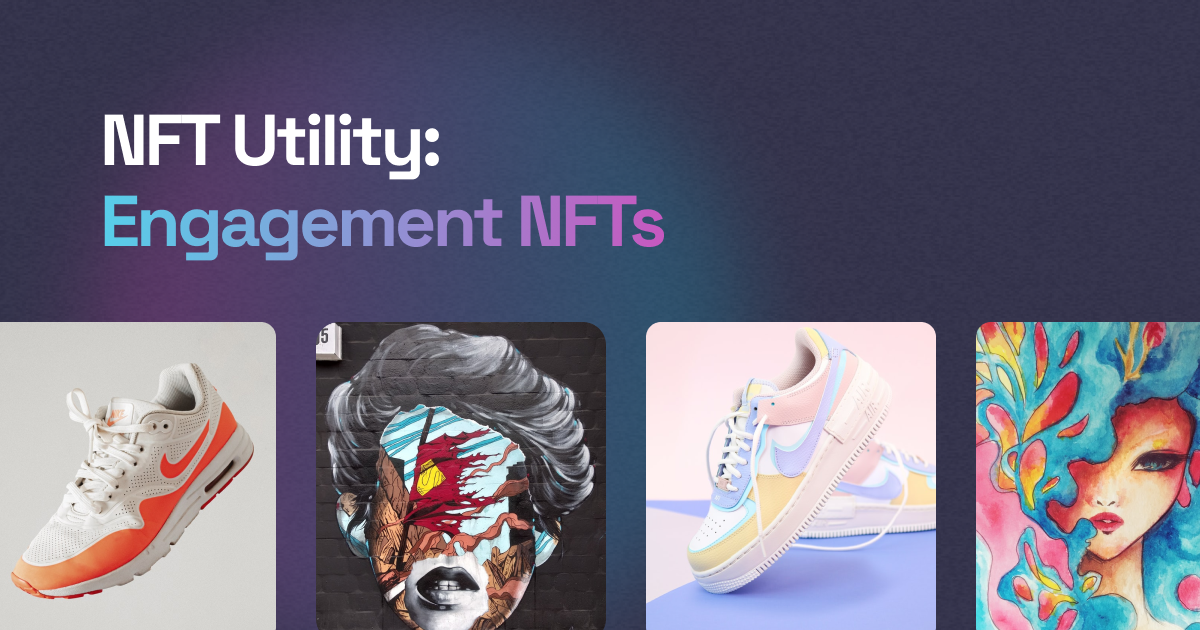 Businesses can use the power of NFTs to increase engagement with customers rather than merely offering them the chance to receive future rewards.